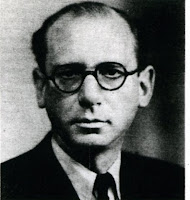 It seems to be a novel that can be read in a number of ways. It starts with a bit of malicious schoolboy behaviour – although the schoolboys concerned are the privileged sort who go to pre-first world war prep schools. One (Gorse) fakes a theft and tries to cause dissent between two others (Bell and Ryan).

Years later the three meet again in Brighton – during summer. While strolling round the West Pier they meet two working class girls and become involved with them. A putative relationship starts between Ryan and the prettiest of the girls Esther. Gorse destroys this embryonic relationship – for no other reason than he can – and robs Esther of her life savings. On the surface it’s a simple satire on human foibles and youthful naivety.

However, the thing that struck me most about the novel is that it provides a perfect metaphor for capitalism. Gorse is capitalism personified, exploiting all around him – both financially and emotionally.

His imperative is to acquire wealth and power. So he takes advantage of people who might be his friends - Ryan and Bell – by withholding information or simply lying to them. He also robs Esther of her savings by means of a series of scams that are designed first gain her reluctant trust and end with her being abandoned and penniless.

In the end it’s not Gorse’s ‘charm’ that is the driving force of the narrative twists– it’s his manipulative deceit. Hamilton makes it abundantly clear to the reader how and why Gorse does the things he does. He also demonstrates their harmful effects (Esther loses her savings, Ryan loses a potential lover).

So for me The West Pier operates on at least two levels. Firstly as a straightforward story of young people ‘courting’ and coming to adulthood – a sort of rites of passage novel - but also as a practical illustration of capitalism at work. For these reasons, Hamilton’s novel continues to have a resonance and meaning.
Posted by clivegraham at 18:15