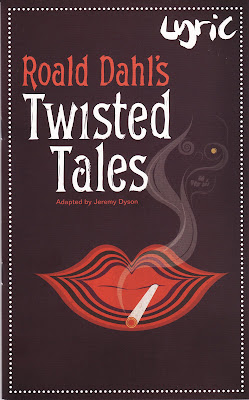 This is an adaptation by Jeremy Dyson of several of Dahl’s stories for adults. Dyson is perhaps best know for his work on League of Gentlemen, but he also wrote the TV series Funland and co-wrote Ghost Stories which played at the Lyric last year before taking up residency in the West End.

This latest enterprise has something of the feel of Ghost Stories to it. A cast of five (plus one child actor) plays multiple roles in this fast moving and quick changing drama.

The five tales are book ended by characters on a commuter train being told these very stories by a newcomer in their midst. The tales are typical Dahl fare, featuring cruelty, the threat of horrible violence (not always delivered) and darkly comic twists to the narrative.

While it generally feels as though the production aspires to the cult success of Ghost Stories, it actually falls a little short of that.

However, it is all slickly staged and nicely performed – altogether an enjoyable evening’s entertainment.