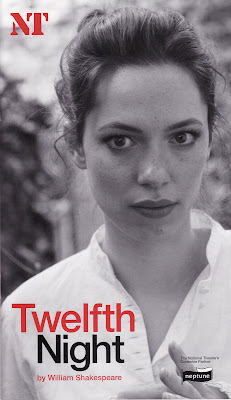 Shakespeare’s play is an odd mix of broad and sometimes cruel comedy, coupled with a tale of shipwrecked siblings each assuming the other had died in the catastrophe. It features cross-dressing, mistaken identity and has a gay subtext at certain points.

Peter Hall’s production features his daughter Rebecca as Viola. Also in the cast are a lively Simon Callow as Sir Toby Belch, Amanda Drew as Olivia and David Ryall as a fine and gloomy Feste.

The staging is plain yet effective and the narrative clear. The live music adds depth to the production. Charles Edwards gives a strong performance as Sir Andrew Aguecheek, getting much comedy out of the part, often in a non-verbal way. His achievement is more notable for the fact that all his scenes include Belch – but he is never upstaged by the ebullient Callow.

The second half moves along with more pace than the first. This is altogether an attention-holding and entertaining production. Despite this, there is a feeling that Rebecca Hall is occasionally a bit wishy-washy. The gay subtext of the play is quite strongly highlighted – which adds an extra element. Sir Toby Belch is revealed as an unpleasant rather than entertaining character. And the cruelty to the uptight Malvolio is suitably jarring.

The happy ending symmetry that is a feature of some Shakespearian comedies is undercut by the low-key way this particular one is handled. Overall this is a satisfying and entertaining production, performed in style.